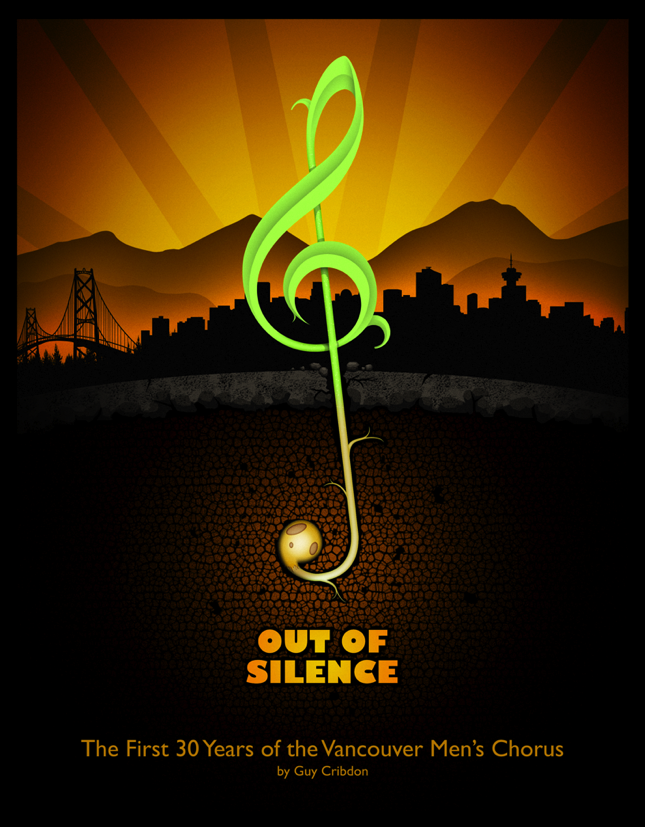 In the spring of 1981 a group of friends traveled to Seattle to see the recently-formed San Francisco Gay Men’s Chorus perform during its inaugural tour of the United States. Galvanized and inspired by the experience, the group returned to Vancouver and set in motion plans to establish what would become Canada’s first LGBT choir, the Vancouver Men’s Chorus.

Recently marking its 30th Anniversary, the VMC has carved out a unique place for itself in Vancouver’s diverse gay community, on the national music scene, and internationally as part of the larger lesbian and gay choral movement.

To celebrate three decades of achievement, dedication, music and fellowship, the VMC has published Out of Silence: The First 30 Years of the Vancouver Men’s Chorus.  A unique keepsake, Out of Silence chronicles the growing pains, the milestones, the challenges and the successes that have made the VMC the iconic organization it is today.  The price is $10.00 plus $3.99 for shipping and handling.

Share the memories, the music, the laughter, and the tears of the many men who have sung with and worked for the VMC! Meet the individuals whose dedication and leadership have kept the organization strong in the face of many challenges, including AIDS and homophobia!  And take a peek behind the scenes at the fun, the friendship and camaraderie shared by the VMC’s members, both on- and off-stage!